Samsung is a company that keeps on coming with fantabulous features with its smart phone devices that have proved to change the history of the entire smart phone market and recently Samsung has launched its Samsung galaxy s6 edge that was announced to be launched in march 2015 and is recently launched on 10th of April 2015 with fantabulous external looks and breath taking software specifications at a price of approximately 58,900 Indian rupees. 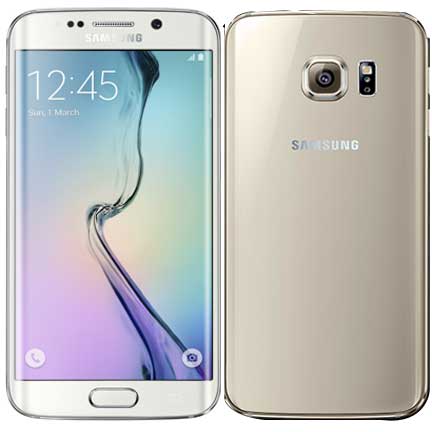 The Samsung galaxy s6 edge has got the dimensions of 142.1 x 70.1 x 7mm or you can say 5.59x 2.16 x 0.28 inches. The phone weights about 132 grams and operates on GSM/HSPA/LTE technology with the protection standards of the corning gorilla glass 4 and operates on NANO SIM card.

The Samsung galaxy s6 edge comes with an awesome touch response with a Super amoled apacitive touch screen with 16M colors with the features like fingerprint sensor as well as Samsung Plugins.
The phone has a resolution of 1440×2560 pixels that is itself a great resolution and is basically a multitouch device from the house of Samsung.

The Samsung galaxy s6 edge runs upon an android operating system of version 5.0.2 lollipop type with an exynos 7420 chipset and a quad core central processing unit of 1.5Ghz Cortex –A53 types and quad core 2.1 Ghz cortex A-57 types with a G.P.U of type Mali-T760MP8 and variable internal memory of 32/64/128 GB and a RAM of 3G.B that makes multi tasking possible on this set with a great speed plus the powerful RAM even enhances the downloading speed of the system as well but there is no memory card slot in the phone.

The Samsung galaxy s6 edge comes equipped with a 16 MP Primary camera that comes along with optic imaging stability features as well as face detection and auto H.D.R and panorama features as well with a resolution of 2988×5312 pixels. There is a secondary camera of 5M.P. that provides a resolution of 1440p @ 30fps and supports dual video calling and auto HDR features. The phone supports vibrational as well as MP3 alerts and comes with an awesome sound quality as well.

The Samsung galaxy s6 edge comes equipped with a WLAN WI-FI 802.11 a/b/g/n/ac types that is dual band type and supports wi-fi direct and hotspot features also. The Bluetooth used in the device is of version 4.1 A2DP types and supports G.P.S of type A-GPS Glonass and besides it there is an option for infrared also.
The sensors used with this smart phone are simply awesome including proximity sensor, compass sensor, barometer sensor, heart rate sensor, SPO2 sensor, etc. The smart phone is compatible with the watch gears that Samsung had launched and there is an option for Java features also with Java mid-p emulator.

The Samsung galaxy s6 edge comes equipped with a high speed HTML-5 BROWSER and the other Smart phone features like One drive, etc. The battery that comes with phone is a 2600 MAH Li-Ion powerful one with an awesome backup. This phone is available in various colors including White Pearl, Black Sapphire, Gold Platinum, Green Emerald etc.