The Samsung Galaxy S6 is also known as Samsung Galaxy S6 SM-G920 and operates on GSM/HSPA/LTE technology. This phone was scheduled to be launched in march 2015 but got launched in April 2015 with a price of approximately 49,999 Indian rupees and is a fully featured phone from The house of Samsung. 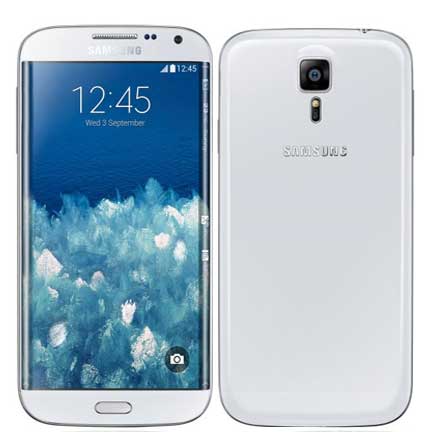 The Samsung Galaxy S6 comes with dimensions of 143.4x 70.5 x 6.8mm ( 5.65×2.78×0.27 inches) and weights about 138 grams. The phone comes with the protection standards of corning gorilla glass 4 and operates on NANO SIM card featuring fingerprint sensor as well as Samsung pay that supports visa card as well as master card.

The Samsung Galaxy S6 comes with a Super amoled capacitive touchscreen display with 16M colors with a size of 5.1 inches and a powerful resolution of 1440×2560 pixels. The phone is totally a multitouch one and supports to the response of multiple fingers.

The Samsung Galaxy S6 operates on an android 5.0.2 version (lollipop version) with chipset of EXYNOS 7420 types and a powerful Quad core 1.5 GHz Cortex –A53 & Quad core 2.1 GHz Cortex-A57 variable Central Processing Unit. There is a G.P.U of type MALI-T760Mp8 types and there are awesome sensors like accelerometer, gyro sensor, proximity sensor, compass sensor, barometer, heart rate sensor, etc. pre installed in the phone that make it compatible with various applications on play store.

Talking about the memory, Though there is no memory card slot in the phone, but there is still a powerful variable 32/64/128G.B Internal memory and a powerful RAM of 3 G.B that makes it an ultra fast gadget to have. Having such a high RAM can help you with downloading and multitasking. Talking about the camera, there is a primary 16M.P. camera with a powerful resolution of 2988 X 5312 pixels, and a secondary camera of 5Mega pixels (1440p @30fps) which supports optical imaging as well as stabilization and auto-focus and geo tagging .There is a LED flashlight in the phone that enhances the quality of pictures taken. The phone supports video calling as well as vibration, as well as mp3 alerts. The video quality is simply awesome HDR and dual video recording.

The Samsung Galaxy S6 Supports a W-LAN WI-FI 802.11 a/b/g/Ac with dual band, and WI-FI direct and hot spot. There is a Bluetooth of version 4.1 A2DP types that enhances file sharing from the gadget to the others. There is a G.P.S of type A-GPS, GLONASS, beidou and the others like infrared also. The Samsung Galaxy S-6 is compatible fully with Samsung gear watch and has an application of RADIO also. There is a Micro USB of version 2.0 and a USB host also. There is a powerful HTML-5 browser in the phone that enhances the downloading speed plus the phone supports Java through JAVA MID-P emulator as well. The phone comes with a powerful non-removable Li-ion 2550 Mah battery that provides an awesome standby backup with it. The phone is available in various colors including White pearl, Black Sapphire, Gold Platinum, Blue Topaz.